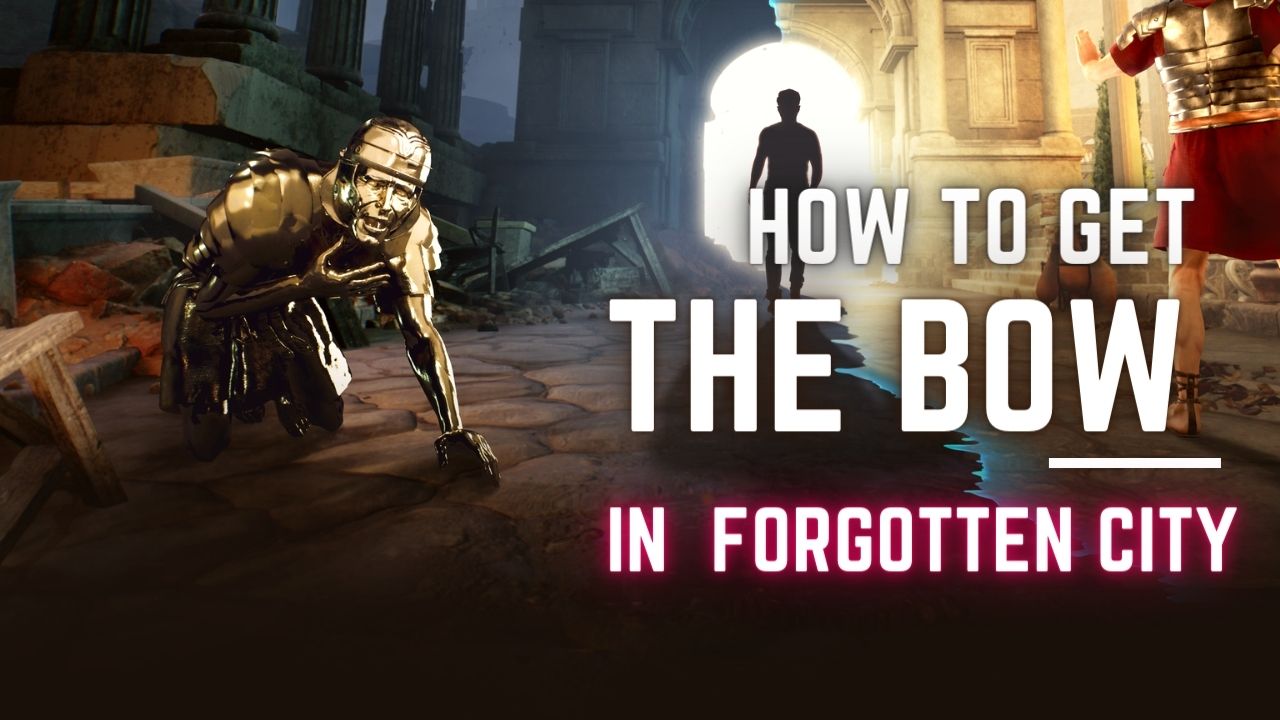 During your playthrough of the forgotten city, you’ll run into and find plenty of items scattered across the city. The majority of these items can only be obtained by completing a quest while there are some you can find just lying around while you’re exploring the castle.

The wooden bow belongs to the former category and can only be obtained from the corpse of the assassin once you’ve killed him. However, defeating the assassin is no easy feat which is why we’ve decided to pen down the entire process of killing the assassin and gaining access to the bow in the article below.

So, if you’ve thus far been unable to find and defeat the assassin and get his bow, this article will explain exactly what you’ll have to do to get the bow and the perks that come with it.

Unfortunately, getting the bow in your first walkthrough is impossible. Why? Well, we’ll get to that in a second. The first thing every player should do though finds his way through and beyond the marketplace and reach the baths that are situated a distance away from the market.

There are plenty of ways of reaching the baths but we won’t get into the exact path you should take. Thus, you’ll have to find your own way to the baths. Once you’re at the entrance of the baths, you’ll notice a girl in a yellow dress cowering next to the giant stairs on your right that lead to a crumbling shrine.

After engaging in conversation with her, she’ll tell you about an assassin lurking in the baths and promptly run inside the shrine.

As soon as she enters the shrine, you’ll notice the shrine collapsing on top of her resulting in her death. Keep moving forward into the baths and speak to the assassin. This conversation will end with the assassin breaking the golden rule.

At this, you’ll have to flee with Sentius into a portal that resets the time loop. You’ll now have to find your way back to the baths and confront the woman in the yellow dress again but this time you’ll have to convince her to hide in the nearby bakery instead of the shrine so that she doesn’t die.

Talk to the assassin in the baths once again and convince him that the girl he is searching for is inside the shrine. The shrine will collapse on top of him just like it collapsed on top of the girl and kill him. You can now move towards his body and pick up his wooden bow.

Locations of Arrows in the Forgotten City

You’ll of course need arrows if you want to use the bow you’ve just acquired. Thankfully these arrows can be found just lying around in different locations in the forgotten city and are pretty easy to spot.

However, to make your search even easier let us tell you of a couple of places that are sure to have them. The first set of arrows can be found in a chest near the entrance of the locked shrine. The chest should have 20 something arrows in it which should be more than enough for the rest of the story.

But in case you want to find more, there is one other place that’s guaranteed to have them. Move towards the back of the cisterns and you’ll find an amphora pot looking quite conspicuous. You’ll find another set of arrows in this pot. Once you’ve collected both sets of arrows there’s no need to look any further as these arrows should last until the completion of the story.

What can the Bow be Used for?

Unlike many of the other items you’ll find in the forgotten city, the bow is a weapon and can be used as such while you’re progressing through the story. Granted, the bow isn’t an especially accurate weapon but it can still be used to kill some of your human foes and is especially useful in long-range combat.

Other than that, the bow can also be used to initiate the side quest that earns you the golden bow which you can then use to enter the palace and figure out its mysteries. If you’re indeed interested in acquiring the golden bow then head over to desius’ stall in the market.

Be careful not to point the bow on the citizens of the forgotten city though, as that leads to them being pretty hostile and refusing to talk to you for the rest of the loop.

So, there you have it, folks, that’s the entire process that you need to go through to finally gain access to the bow and include it in your inventory. Now, most of the players who are playing the game for the first time may be under the impression that acquiring the bow is nothing less than a glorified side quest.

And they wouldn’t be wrong either as you can complete the main story of the game without it. However, those players should keep in mind that the bow unlocks three out of the four endings of the game which ultimately makes it an invaluable item that every player must have, at least that’s what we think. If you do indeed decide to go after it, just keep in mind that there is no way to acquire the bow without breaking the golden rule and resetting the time loop. Other than that, the process itself is fairly linear and straightforward if you select the right dialogue options.

How to Climb the Vines in the Forgotten City