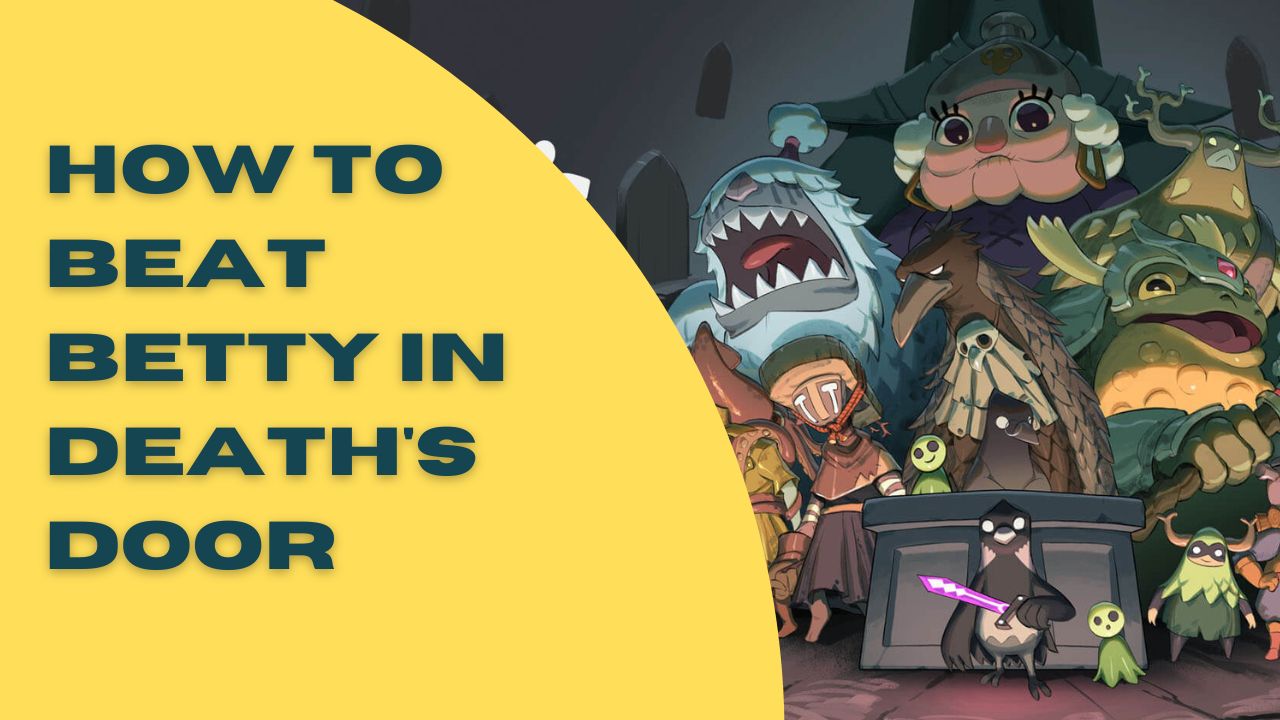 The Yeti is the final giant soul that the crow requires. But it won’t be before a big fight. She is not to be taken lightly and can easily crunch you in a matter of seconds if you are not careful and active. So, how to beat Betty the Yeti then?

Betty is at the Old Watchtowers and looks like a giant snow character. She is enormous as compared to the little crow but the size difference isn’t much of a factor in death’s door. There are certain patterns through which Betty attacks and once you know of them, dodging can be easy.

Having said that, only dodging the attacks obviously won’t do much. You have to attack as well. There are some tips related to both offence and defence that will be discussed below that will help you in beating Betty all ends up.

Below, we will discuss all of her attack patterns and what you can do to get away from them.

Betty has a total of five attacks with four being used in the first phase and the final one introduced in the second. All of them are powerful attacks and should be known in order to beat betty.

The attacks can do some serious damage, therefore, you won’t want to experience them. Also for the tip, keep moving constantly without a stop.

Here are all her attacks and our suggested counterattacks to them.

Betty leaps forward and gives damage to the player by landing. After she comes down, she also swipes and tries to slap the crow. Be active because the swipe will go forward and then come back as well.

Counterattack: As soon as she jumps up, roll your way out of there. After she lands, you can quickly get a melee attack or two going. Besides, the flame spell can be used from a distance as well.

As you would have guessed, Betty does jump up and turn into a giant snowball. She will land, roll in your direction, hit a wall, and then do the leap & slap attack again.

Counterattack: When she is about to hit the ground, you need to change your location. This attack will continue three times in a row. So, be prepared and roll away. You can also attack her after she lands but it’s risky considering how fast her attacks are in a row.

Betty will punch the ground two to three times once you are nearby.

Counterattack: Avoid her punches by dodging away and if you can swiftly attack her then do it. Your attacks in close range need to be perfectly timed otherwise there will be some damage dealt.

Betty will raise both of her hands to create a snowball between them and throw it at you. After this, she will leap towards you to attack again.

Counterattack: Dodge both attacks and use your flame spell to deal damage to Betty.

These were all the attacks of phase one. Now here comes the final phase 2 attack.

By this time, Betty has taken enough damage and you will be able to see cracks on her body. Now for her new attack, she constantly pounds the ground and as a result, snowballs fall from the sky at random places. These areas are highlighted by a circle though. Phase two also has all the attacks of phase one as well. A bit more fight before Betty is beaten.

Counterattack: Dodge the falling snowballs quickly as they will be falling fast and randomly. You need to be on your toes every moment. Simultaneously, keep attacking Betty as much as you can through the flame spell or close attacks.

It won’t be long before Betty is taken out and the grey crow will get the final giant soul.

That is how to beat Betty in Death’s Door. She does have some moves but if you are active enough and constantly in motion, then it will be easy to defeat her. Roll away from her attacks and counter them with rogue daggers and the flame spell to finally kill her and take the giant soul.

How to get Hookshot Spell in Death’s Door

By uabsbaltic@gmail.com // 4 months ago
PC games