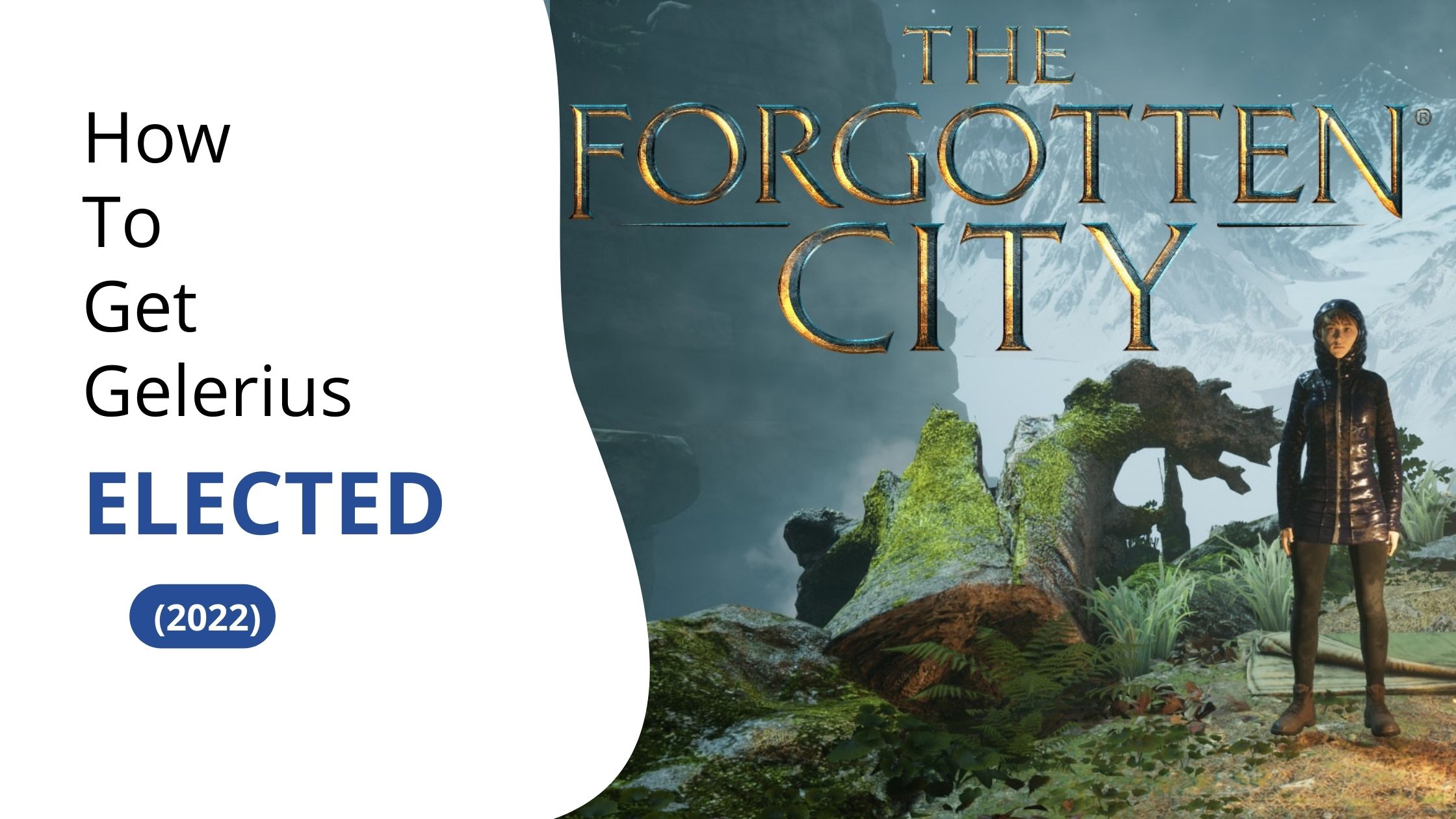 How to get Galerius elected in the Forgotten City is a question whose answer you must know. It is indeed a hard and time-taking task to achieve this feat, but it is required for certain reasons that are necessary for the ultimate finish.

Who doesn’t like a great ending? And what if it’s the best of the lot? Electing Galerius as the magistrate in the Forgotten City is the best end to the game.

And, what are those reasons to elect Galerius? First of all, it will free Duli. Secondly, it will unlock the canon. Thirdly, it will give you the Greek Plaque which is the hardest to get among the four plaques. Lastly, you need that specific item to access the Great Temple. This is only possible if Galerius is in power.

Enough reasons for motivation. Now let’s get to work.

So, get this straight. No one really supports Galerius and doesn’t like him to be the elected one. However, he can change his reputation by doing everyone’s work and solving their issues to get them to vote for him. It is surely a long task, but this guide will help you complete it easily.

So before the election, you need to complete five prior tasks as follows.

After all the above tasks are completed, ask Equitia to call the election. This section will be further explained below.

Besides, you also need to ask Galerius to complete the tasks in another time loop. This is required to get 4/6 people to vote for Galerius and him becoming the magistrate.

Malleolus has a sensitive secret and we need to expose it to get him to abandon the election. The secret is with his wife Claudia and we need to reach out to her. Here’s how:

Once you do this, show the secret proof to Malleolus and tell him to leave the election. He will be forced to do so.

Now afterwards, you have to get Galerius to bribe Malleolus to get the vote of Ulpius. It is important for the campaign as he is one of the six voters.

How to Save Fabia in the Forgotten City

You can save Fabia’s life by dealing with the assassin. If you succeed in doing so, Georgius’ vote is yours. Georgius is Fabia’s friend and will return the favour of saving her life by voting for you.

How to Save Lulia and Ulpius in the Forgotten City

First, we need to save Lulia and then Ulpius. Ulpius is under the slave debt of Malleolus and is in on the brink of suicide. We need to save him and do it quickly as well.

First up, we need the bottle of silphium resin. It will be available at Desius’ stall. Steal it, then go through the portal and begin a new loop.

Malleolus would have already been exposed. So get him to drop out of the election in the new loop.

Now Lulia will be cured by Lucretia at the shrine of Apollo with the silphium resin. So, you know where to go now.

Now it’s time for Ulpius. Go to the Great Temple and outside of it you will see Ulpius. Persuade him to not commit suicide. At the backend, you must know that Ulpius was involved romantically with Sentilla.

Now 2000 Denarii is the bribe that saves Ulpius. Either do this or ask, rather bribe, Malleolus to release both Lulia and Ulpius.

How to Stop Vergil’s Harasser and give them the Medicine

First, we need to find who is the harasser. Once we know this, they should be provided with the medicine they need.

So, it is easy to do this and will be done in a single place. Explore each room of Aurelia’s tavern to find out who the harasser is.

Now you need the key to open the chest in Apollo’s shrine. Get a bow and then the golden one. Otherwise, stay at the tavern and explore Naevia’s chest to get the key.

Now once in the shrine, open the chest and give the medicine to Lucretia. Once the harasser’s pain is healed, he will stop harassing Vergil and both of them will vote for Galerius. The harasser was Rufius and he was suffering from rheumatism.

Keep in mind that all these tasks must be performed by Galerius as well in another time loop.

After completing all the tasks above, now it’s time for the election. Go to Equitia and ask her to start the election. Now Galerius will be elected as the magistrate after the following voting count.

As a result, Galerius will get 4/6 votes and will become worthy of taking the power as the magistrate of the Forgotten City.

So, that is how to get Galerius elected in the Forgotten City as the magistrate. The completion will consume time and effort, but in the end, it will be worth it. It’s a simple deal. Solve everyone’s problems, and get them to vote for you. The majority will vote for him and he will be in power.