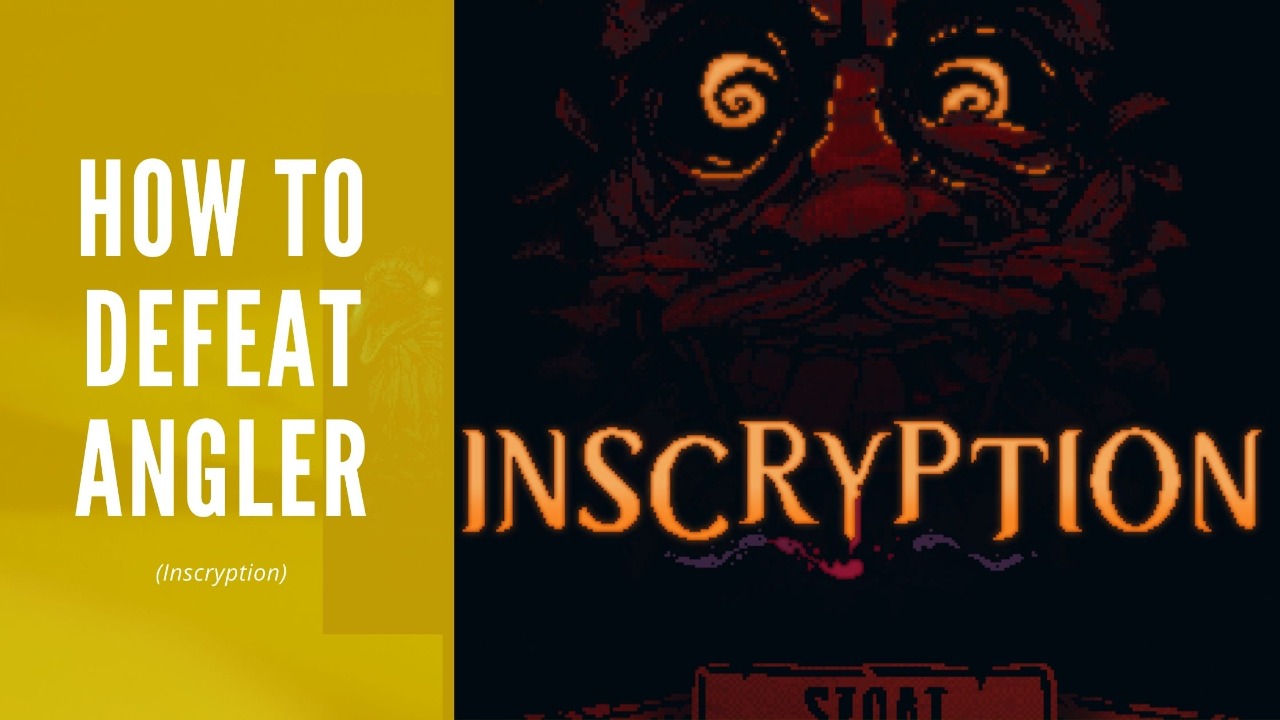 At first glance, Inscryption may feel like one of the most challenging games ever created, especially when you get to the boss battles. One such battle that most players struggle with is when you face the Angler. You’ll encounter this fish-loving freak after you’ve successfully dispatched the pesky prospector in Act 1 and have successfully found your way out of the cabin.

Admittedly, the angler’s unique mechanics and strategy can be quite troublesome if you don’t give his skills the proper respect. However, armed with a clever and unique strategy based on knowledge of his skill set, every player can easily defeat and outwit the dangerous Angler and gain access to his famed hook.

This strategy though will require some quick reflexes and sharp plays. So, without any further ado, let’s get straight into it.

Preparing for the Fight

Totems are the ultimate secret weapon a player can acquire during his journey through the map and can be used to significantly reduce the difficulty of each boss battle. When it comes to fighting the angler, players need to be especially careful when approaching and exploring the cabin prior to the fight.

You’ll specifically want to find the squirrel totem topper when completing the cabin’s slider puzzle as it can help you deal with the Angler even before he points his creepy hook toward you. The squirrel itself is very useful as it allows you to add an extra card to your hand as soon as you play the card.

This totem coupled with the body that contains a hoarder sigil is the two essential ingredients you’ll find during your exploration of the cabin if you’re on the right path. Finding the totem is easy enough as you just need to find and follow the easily identifiable woodcarver squares until they lead you to the totem.

Don’t leave the cabin just yet though as you still need to find the body with the hoarder’s sigil on it which should be easily visible a short jaunt away from the sliding puzzles. After you’ve acquired both these items, add them to your deck for an added advantage.

As soon as you leave the cabin you’ll find your path impeded by the angler who’s really eager to battle you in one on one combat. Speed is essential in this first phase of the fight as you’ll have to place down your cards as fast as possible to ensure that the angler can’t use his hook in time.

A good general strategy is to use your weaker cards at the start so that they’re useless to the angler even if he does slide them over to his side which allows your stronger cards to swoop in at the end and defeat the boss of the wetlands.

Luckily, the angler only uses his hook on the most recent cards on the table, or ‘fresh fish’ as he calls them, which players can use to their advantage by placing low-power cards like squirrels and pelts that are no use to him.

The only thing you’ll have to watch out for are his kingfisher cards which bear the waterborne sigil allowing them to jump across your cards and attack you directly. Strong defensive cards should be enough to halt their advance though so make sure you have plenty of these in your deck as well.

All in all, just keep using your squirrel and pelt cards while pulling in the stronger cards from your Deck to your hand and you’ll be able to get through this phase of the battle quite easily.

The next phase of this battle is when most players trip up and we don’t blame them as this next section can be quite difficult if you’re not cautious enough with your cards.

This tricky second phase is initiated when the angler resets his side of the board. So as soon as that happens, start paying close attention to the cards you have in your hand and the cards he plays. As he resets the board you’ll notice that he switches out all his cards for bait buckets that are pretty harmless themselves, with one health power and no attack power.

However, once they’re attacked and obliterated they produce a great white shark card that has an attack power of 4 and the waterborne sigil, meaning they can attack you directly by jumping over your cards, which makes them quite difficult to deal with as you can’t attack them in your turn. In this situation having cards with the airborne or waterborne sigils on them becomes especially useful as they can attack the angler without converting the bait buckets into great whites.

On the other hand, you could also try to strike quick with your strongest cards while the opponent is underwater and before the great whites obliterate you, although this is a pretty risky strategy. To sum up, the battle becomes ultra fast-paced at this point and requires you to make split-second decisions. Thus, pre-battle preparation is a must for this phase of the fight.

In our opinion, when you’re tackling the angler, being prepared for the fight is the most important thing. This is why our strategy has always been to complete our pre-battle prep no matter how many runs it takes.

Players that do fully complete their full pre-battle prep find their deck filled to the brim with squirrel and pelt cards that allow them to breeze through the first phase of the angler battle with little to no difficulty.

Even the second phase of the battle tests your exploration capabilities as it forces you to exclusively play airborne cards which you can only acquire if you’ve properly explored each map before attempting to fight the angler.

Nonetheless, we hope all the tips and tricks in this guide were ultimately useful in creating a strategy for all the players struggling with the angler fight. And that it helps them dispatch the fish lover once and for all.

By uabsbaltic@gmail.com // 3 months ago
PC games

How to Defeat the Trapper in Inscryption