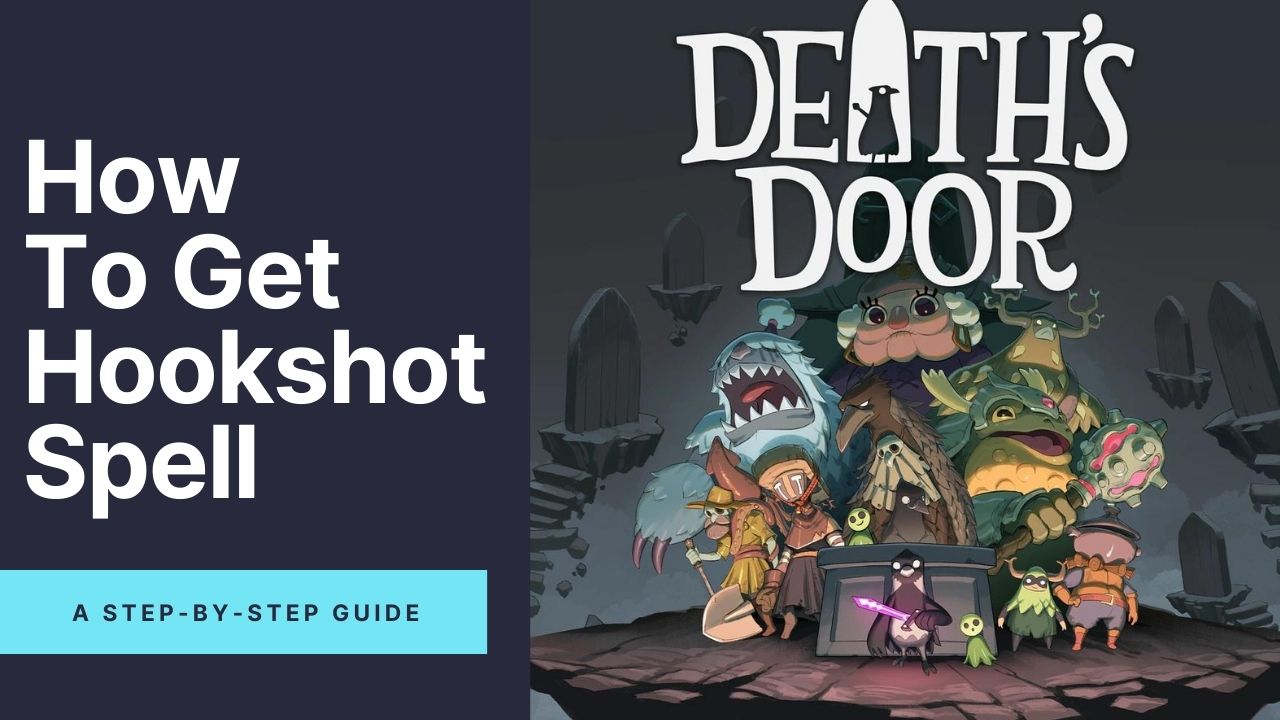 How to get Hookshot Spell in Death’s Door

A crow reaper having to fight so many enemies needs some abilities to stand a chance against them. Four of them are given to him that he can get as the game progresses. They are the bow and arrow, bomb, flame, and Hookshot spell, which is the last one. Today, exclusively, we will be looking at how to get the Hookshot spell in Death’s Door.

Death’s Door features a reaper crow whose task is to collect different souls. Things get interesting when the main soul gets stolen. You will be fighting multiple bosses and solving different puzzles in order to get past the door of death. Might sound easy, but it requires skill to complete each task.

Each and every spell is necessary to acquire otherwise the tasks will become extremely difficult and even impossible to complete. We have previously discussed the bomb spell as well and how it can be used to break walls without being damaged. Similarly, the Hookshot spell comes with its benefits.

That’s enough for an intro, now let’s take a look at how to get the Hookshot spell.

What does the Hookshot Spell Do?

Being the last spell in the game, Hookshot is a great ability to have in your arsenal. The best thing about it? It doesn’t use magic. Besides, the Greatsword can also be obtained after equipping the Hookshot.

Now, what does it do? The name might be giving some hints. The Hookshot spell allows you to travel between areas that couldn’t have been surpassed without it. Anchors out there are for some reason, and that reason is the use of Hookshot.

After the upgrade, you can even slash and cut through the enemies while travelling. It is a very usable move and allows the reaper to all of a sudden attack its foes without them even noticing.

Moreover, you can move around the areas fast using the spell. All in all, a brilliant ability to get. Though you have to get the other three spells first.

How to get the Hookshot Spell in Death’s Door?

The Hookshot spell can be unlocked in the castle lock stone after defeating some enemies in the Avarice battle. Open the ancient portal to battle the nemeses. They include the Fire Wizard, the Spearman, and the Giant Knight.

Fire Wizard, as can be guessed, throws fire at you. Like Heatblast in Ben 10, if you saw it. However, you can give him a side attack and this will be it for him since he’s only attack is straight.

Secondly, the Spearman can be defeated by utilising the Green Magic Vase and redirecting it to him by running around accordingly.

Lastly, the Giant Knight might give the crow some tough time. They are fast and agile. There’s a trick to defeat them though. Stand just outside of their forward attack range, at medium range, to be more precise. They will perform their forward slam and you can dodge it and for the counter perform a dash attack. Repeat the process and they will be dead soon.

After winning all the battles, you will get the Hookshot spell, finally.

How to Upgrade the Hookshot Spell in Death’s Door?

To upgrade the Hookshot spell in Death’s Door, firstly, you need to reach a certain destination, and afterwards, win a boss fight.

Both sections have been discussed below. Follow the instructions to level up your Hookshot.

So, to begin with, we need to go to the Hookshot upgrade door. For that, first, go to an area located near to or just before the Stranded Sailor area. It’s the Lost Cemetery.

After entering the cave and coming close to its end i.e. the final area before the stranded sailor, you will see a lever across the water as seen in the image above.

Make use of your Hookshot, go to the lever’s area, and pull it. Now the gate in front of the lever having two green minotaurs will open.

Move towards it and enter the gate. Now you will see a door having the Hookshot symbol above it as shown in the image above. Enter it and now the battle with the silent servant will begin.

After you defeat the silent servant in the boss fight, the Hookshot will be upgraded. Here’s what the in-game description says about the upgrade.

“Your Hookshot spell now does a powerful slash if you use your sword while being pulled towards a target!”

So, that is how to unlock the Hookshot spell in Death’s Door as well as upgrade it. The spell is pretty handy and after the upgrade becomes an absolute monster. You can take out the enemies by surprise and slash right through them before they get a chance to attack. Although it is the last spell, its importance remains intact. The silent servant that you will be facing while fighting to upgrade the spell, is the most difficult one in the game. However, if you dodge its attacks and make your moves at the right time. The battle will be over soon.