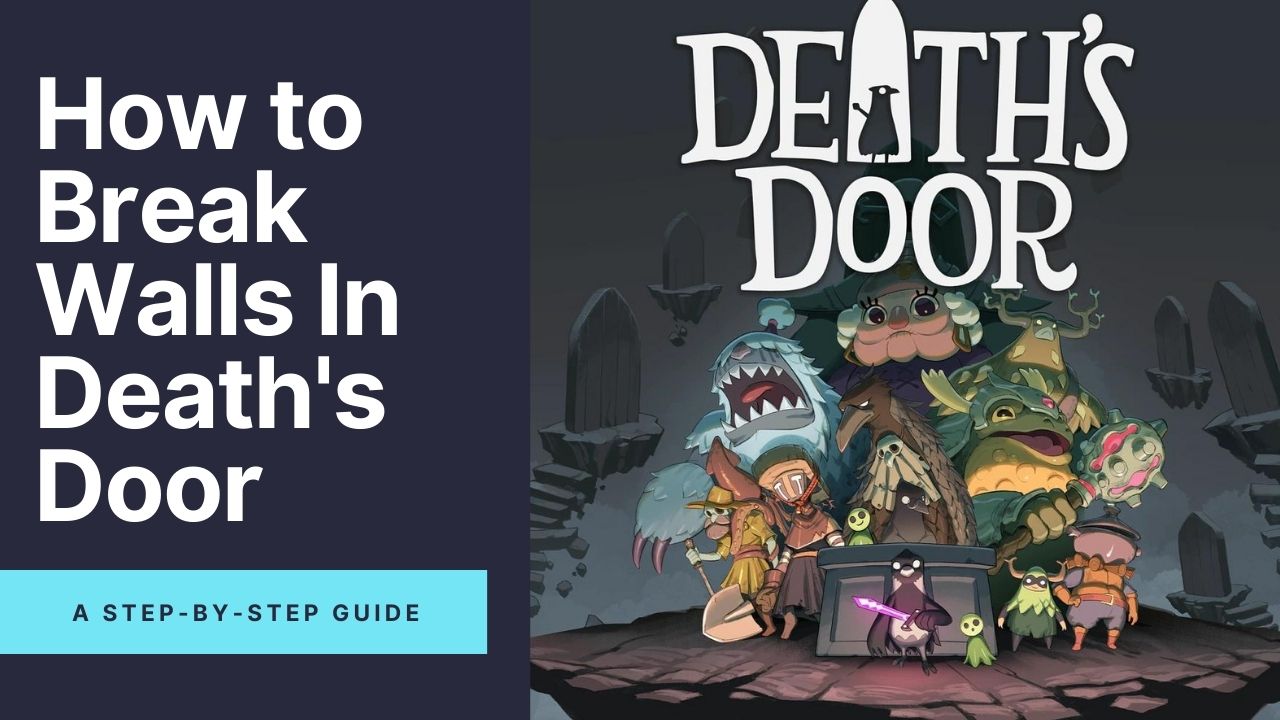 How to Break Walls in Death’s Door

If you want to go on new pathways and explore different locations to complete the missions, then knowing how to break walls in Death’s Door is a must.

Death’s Door is a sequel to Titan Souls and gives a Legend of Zelda vibe. The game features a grey crow, who is the protagonist and plays the role of a reaper. The main task is to collect the three giant soulsto open the door of death.

Several boss fights will be featured and they are necessary to win to finish the job. Moreover, the game features a lot of adventure and is becoming a fan favourite in its genre.

How to Break Walls in Death’s Door

Walls are the immovable objects joining two pathways together. They need to be demolished to reach the other side of the track. Now there are two ways to break them. It’s not hard to get the task done but there are some injury possibilities which need to be avoided.

The first method makes use of a specific flower while the second has to deal with a certain spell. You can’t use the latter straightway as it unlocks after a while. Nevertheless, we will discuss the details of both tactics.

So first up, we have a pretty straightforward method. You will see big orange flowers located on different parts of the map. All you have to do is hit them and they will fire a bomb at you.

You can hit the flower from a range standing at the wall. As soon as the flower fires back at you, dodge the bomb and it will hit the wall behind. This way, the barrier will be broken and you can easily go through it.

On the other hand, you can attack the flower with a melee weapon. However, it’s a tad riskier. However, the flower takes a moment or two before firing the bomb, so you will eventually get enough time to dodge the bomb and make it hit the wall.

Make sure the grey crow is not very near to the detonation spot. Otherwise, there will be some damage to it.

Secondly, we have the bomb spell to our advantage for breaking walls  Once you acquire this spell, the reaper won’t take damage from the explosion even if it is near the detonation place.

The way to obtain this is by defeating an Avarice Chest located inside the ancient soul door in the Mushroom Dungeon. However, only acquiring the spell won’t be much beneficial. It will break the walls, but the reaper will also take the damage of the explosion.

Therefore, it is recommended to upgrade this skill. For this, go to the Lost Cemetery. Under the bridge, you will find the boss, Silent Servant. You need to defeat it in order to get the upgrade.

Once the upgrading is done, the reaper won’t have to take the bomb’s damage and you won’t have to rely on bomb flowers to break the walls for you.

We assume that having gone through both methods, you now have a grip on how to break walls in Death’s Door. Everyone has to rely on the orange flowers until they unlock the bomb spell. But once it is equipped, the task of blowing up the barriers becomes much easier.