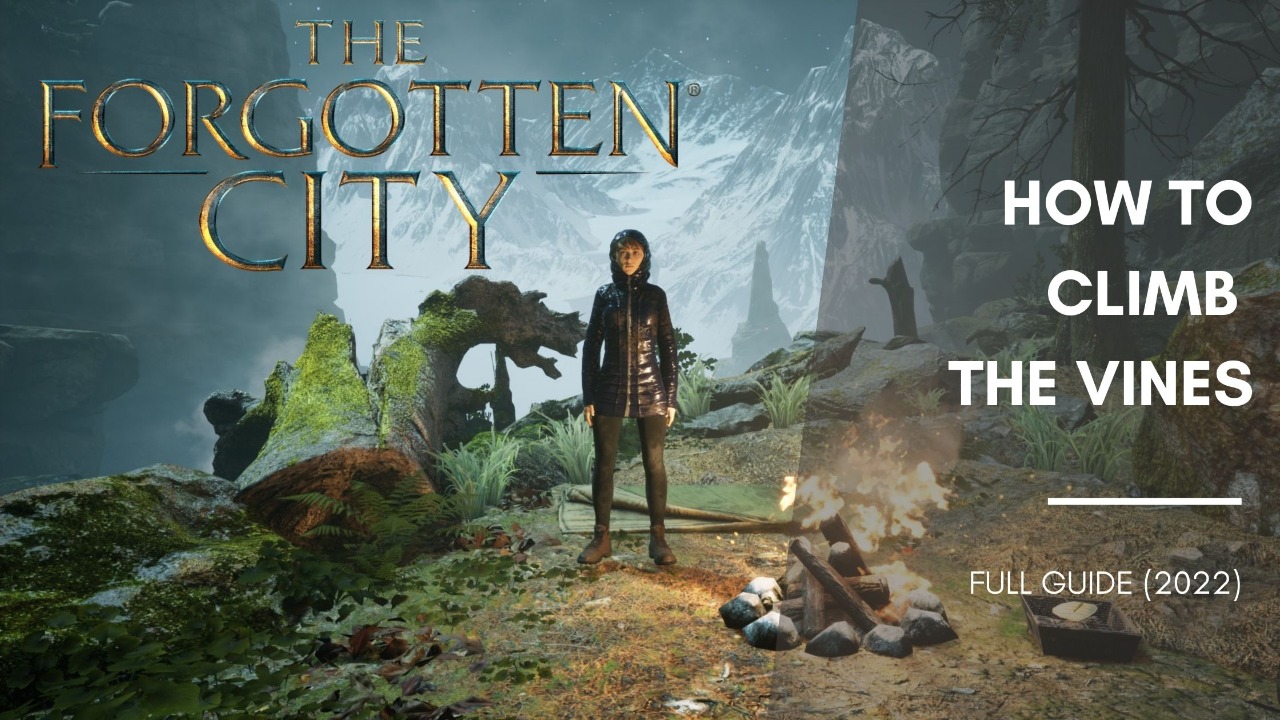 How to Climb the Vines in the Forgotten City

Even though the forgotten city is a game primarily based on dialogue choices and investigation, it does possess some light platforming and exploration. And as you can probably guess, climbing vines is at the heart of the platforming aspect of this game which means it’s quite an essential skill that every player should know.

Moreover, these vines also lead into some of the more hidden areas of the map that ultimately open up an entire ending of the game. However, just like every other ability in the forgotten city, there are a few tasks you’ll have to accomplish before you can acquire the skill to climb these vines.

So, without any further ado, let’s get exactly into what these tasks are and how you’ll go about completing them.

How to Climb Vines in the Forgotten City

Along your travels, through the forgotten city you may see plenty of green vines sprouting all over the place. Unfortunately, you can’t climb any of these green vines until you turn them into gold. And the only way to do that is to start the quest to find and acquire the golden bow which is an ordeal in and of itself.

However, not only will acquiring the golden bow allow you to climb these vines but it will also open up three of the four total endings of the game. Now to kick off this quest you’ll have to move towards the back of the market, in the main roman hub, towards the baths where an assassin is hiding.

Before going into the baths you must convince Fabia to hide in the bakery instead of the temple and convince the assassin to go into the crumbling temple and allow the temple to fall on him.

You’ll then be able to pick up the bow he was carrying from his corpse and take it to Desius’ stall in the central marketplace. After engaging in conversation with him for a while, Desius will propose a joint venture that he wants to undertake with you which you’ll have to agree to.

At this point, he’ll give you a ‘fake’ golden bow that has the limited power to turn items into gold. Take this bow to the temple behind gregorius’s shop and acquire the real golden bow from the statue at the entrance of the shrine.

2.   Turning the Vines to Gold and Climbing them

After you’ve successfully acquired the real golden bow, Desius will aim to double-cross you by closing the gate and trapping you inside the temple.

Escaping this area is no difficult fear though as you just need to shoot the hornet’s nest at the north side of the room and escape into the caverns below.

From this point onwards you’re going to come across a lengthy gameplay section of the game that takes you through the temple and is largely unavoidable.

It’s while you’re going through this section that you’ll encounter a bunch of vines growing upwards. All you have to do now is shoot the vines with your golden bow, jump and climb them just like you would a ledge.

You’ll encounter plenty more vine locations while you’re travelling through the temple so make sure you don’t unequip your bow at any point in the story.

And that folks are the entire process of how you can climb vines in the forgotten city. Now, every player should know that the whole ordeal of tricking the assassin, grabbing his bow, accepting Desius’ quest, swapping out the fake golden bow for the real one and finding your way through the temple just to acquire the ability to climb vines is in no way necessary to complete the main story of the game.

However, if you do decide to complete the main story of the game without venturing on this secondary adventure, you’ll only have access to one out of four possible endings to the game. And we’re pretty sure anyone who calls themselves a gamer wouldn’t want to deprive themselves of the three other endings to the game.