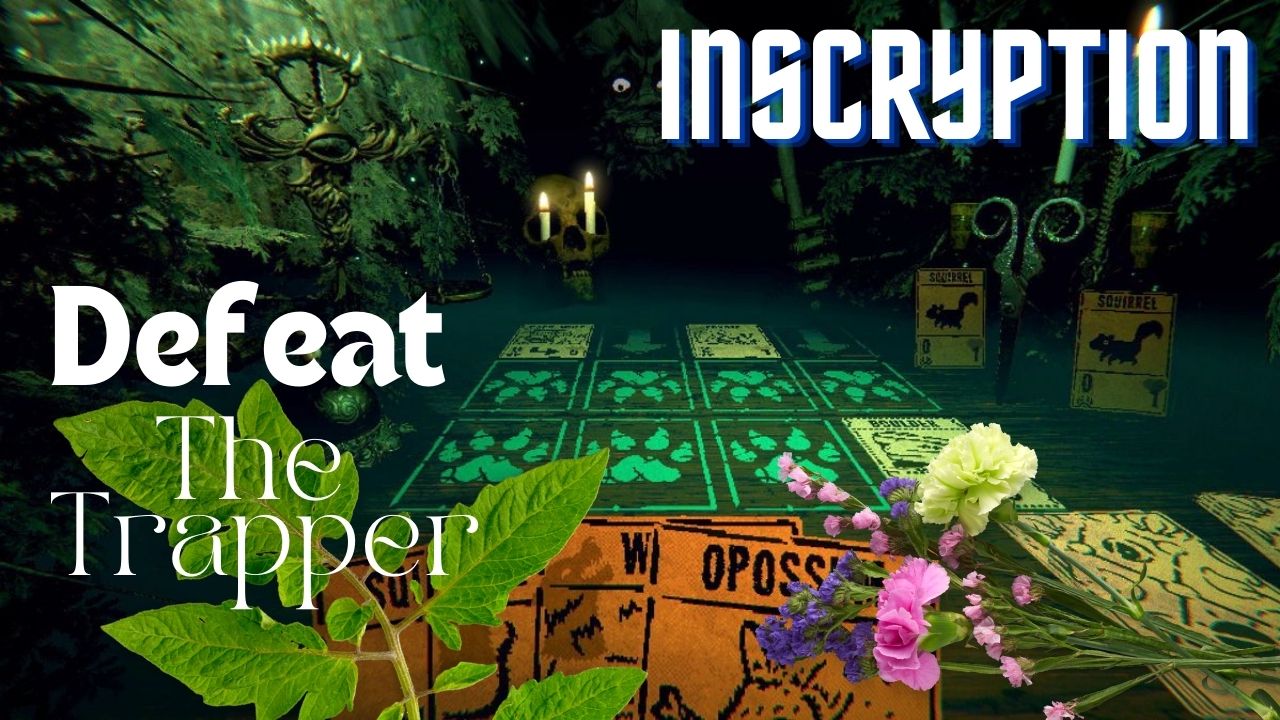 How to Defeat the Trapper in Inscryption

We’re just going to say it, Inscryption may have some of the toughest boss fights to ever exist in video games. This is partly due to the fact that they’re mental battles that test players’ thinking power and strategy which is a huge step up from physical battles that have an easy-to-determine pattern that leads to victory.

And one of the toughest boss fights in Inscryption is against the trapper and another mystery opponent who’s only revealed in the second phase of the battle. The trapper is someone the player regularly comes across on the map as he supplies each player with important pelts that can be traded for cards.

Fighting the trapper though is a whole different ordeal and one that’s not easy in any way, shape or form. However, using our own multiple experiences of dealing with the trapper we’ve come up with a few foolproof strategies you players can use to gain the upper hand on the trapper and defeat him once and for all along with his partner in crime who shows up in the second phase of the battle.

Preparing for the Fight:

Just like the angler and prospector fights earlier in act 1, the key to defeating the trapper lies in your drawing power.

And you can only upgrade that power by exhaustively searching and exploring Leshy’s cabin to find all the totems and woodcarver cards with the hoarder sigil. Players often ignore this section of the game in hopes of progressing and reaching the boss battles but then find themselves overwhelmed by the trapper’s attacks with no way to fight back.

Fully exploring the cabin and completing the slider and cuckoo clock puzzles can lead to you finding some invaluable airborne sigil cards that can fly over your opponent’s cards and attack him directly along with some powerful death cards that can deal a fatal blow in the first few minutes of the fight.

Also, take special care to stop at every sacrificial altar and campfire you come across as they provide a huge boost to your cards which can then be used to defeat the trapper in a matter of minutes.

Defeating the Trapper in Part 1

As you’ll have probably noticed from the angler and prospector fights earlier in act 1, each fight has a total of two phases that feed into one another but pose different challenges for the player. Your opponent for the first phase of this battle will be the trapper who’s already laid out his cards on his side of the table.

This may lead you to think the steel traps are relatively easy to beat, but there’s a catch. As soon as you destroy a trap, it will destroy the card across from it in turn and place a pelt in your hand. These pelts come in handy though, in the second phase of this fight so make sure you collect as many of these as you can.

Understanding the opponent’s cards and strategy is the only way players can come up with an exact counter to that strategy. And the one we came up with entails attacking as many steel trap cards as we can while also cautiously defending ourselves from the strange frogs using our stronger cards at the back of the table.

Defeating the Trader in Part 2

Well, as an unexpected surprise, once you significantly lower the trapper’s health, he’ll flip his mask to reveal that he was the trader all along. Furthermore, he’ll now ask you if you want to trade in the pelts you collected in the first phase for some new cards that have a variety of creatures on them.

These include powerful death cards and airborne sigil cards. At this point, it is essential that you trade in all your pelts for these cards as these cards are especially helpful when dealing with the trapper’s cards.

However, you’ll have to carefully pick and choose the cards you want as the remaining cards will still be in play on the trapper’s side of the board. A good general strategy is to pick up the strongest cards on the board and leave the weaker ones for the trader.

Also, pay close attention to where the cards are placed as picking most of the cards up from the first and second row can leave the remaining cards vulnerable to an attack which allows you to deal with them rather swiftly by placing them down, for example, a creature with an attack power of 5.

After reading through this article it’s pretty apparent that both phases of the trapper fight bleed into each other, but they’re also different in their own unique way. The first phase hinges on a good clean strategy that allows you to pick up as many pelts as possible while also dealing damage to the opponent and saving yourself from getting too damaged by the strange frogs.

The second phase, however, is all about how cleverly you can trade-in your pelts for the cards on the board. The trick is to pick up the cards in a manner that leaves the trader vulnerable to attack from your strongest cards so that you can finish her in one fell swoop.

All in all, even though they’re difficult, each Inscryption boss fight can be won with a clear and concise strategy, and the trapper boss fight is no different. So, just follow the strategy we’ve laid out and you should be able to defeat the trapper with relative ease.