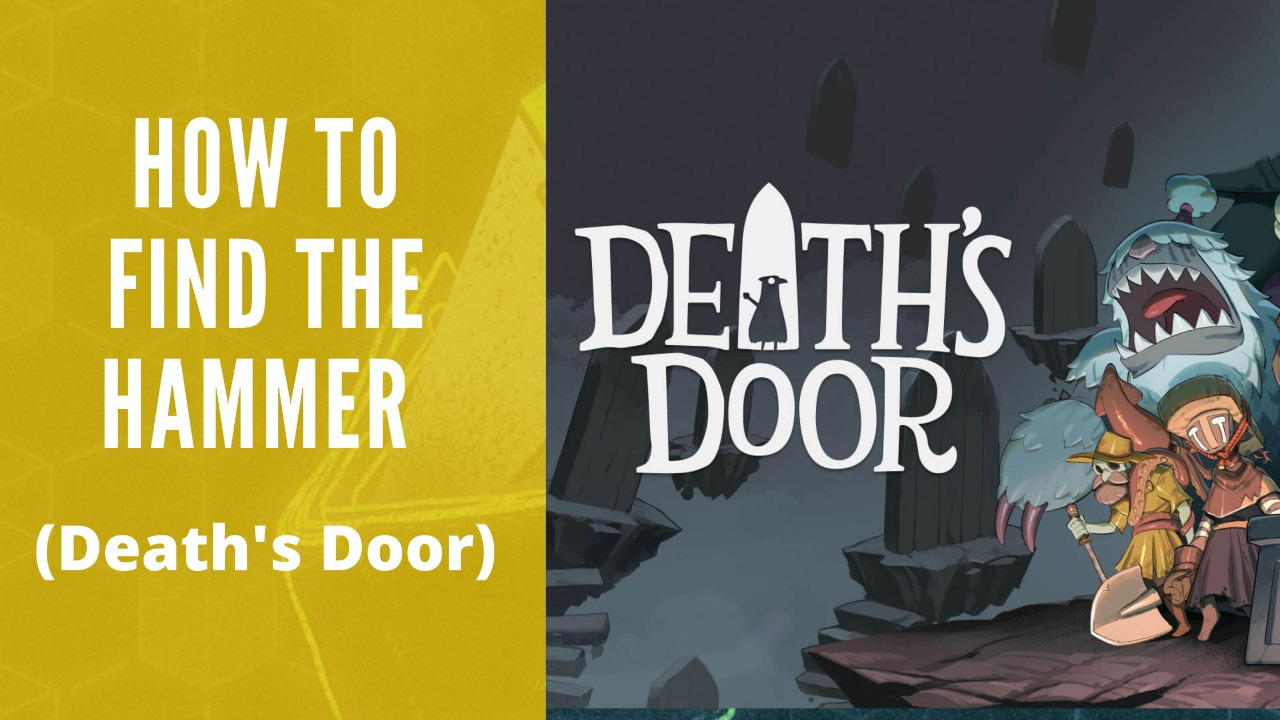 A tiny crow on its way to collect giant souls and fight multiple enemies certainly needs some weapons. The game offers five, including the standard sword at the beginning. One of the weapons is a Stormbreaker-inspired one. It’s called the Thunder hammer. And today, we will be looking at how to get the thunder hammer in Death’s Door.

The hammer is one of the most powerful weapons in the game. It has great stats and lives up to its reputation. You can attack multiple enemies at a time and kill all of them at once. It is a little slow as compared to some of the other weapons but covers up with its damaging power.

Below, we will look at a brief overview of the thunder hammer and how to get it.

As told, Thunder Hammer is one of the five weapons that you can use in the game. It is one of the most powerful and can give serious damage to enemies. It has a long-range so attacking enemies at some distance won’t be a problem either. The only downside is that it is a bit slow.

Anyways, here’s what the in-game text reads about the weapon.

A heavy powerful weapon imbued with lightning. Legends tell of a hammer being wielded by one of the old gods, but their name is lost to time.

It is an upgrade to Mjolnir and is certainly a great one. As you would know, it attacks the enemies with lightning and slows down their speed alongside knocking off some of their health. It is much more useful when multiple foes are surrounding the crow.

Here are the stats of this weapon.

These stats make it the second most powerful weapon after the Reaper’s Greatsword which is the last one of the game.

The Following is the guide to reaching the destination and getting the weapon. Just remember to eliminate all the enemies you find on your way through because there will be some.

Go past the Mushroom Dungeon door and head north. Moving forward, you will find a large bridge. No need to cross it, instead, jump down off the ledge and head southeast. Continue until you see a path going south. Light up both the firepits and continue your way towards the southwest.

Moving forward, you will go through the broken archway. Afterwards, there will be a ladder. You need to climb down from it.

Still, you will be moving towards the southwest until another ladder appears. Knock out the grunts in the area and climb up the ladder.

You will see a staircase now. Walk through it and then take the ladder located on the left side. Upon climbing, take the southeast path.

Now you will be outside the Overgrown Ruins. There will be a ladder when you head in the direction of the northwest. Climb it.

Now head northeast and shortly after you will see a lever. Pull it and jump down the ledge. There will be an open door in front of you. Enter it.

Now you have entered the dungeon. There will be some crates here. Shatter them to unearth a hidden hole.

Jump inside the hole and there you will see the shiny thunder hammer in all its glory. Pick it up and it will be ready to use.

A bit of a long journey, but worth it in the end.

Achievement for Getting the Thunder Hammer

After collecting the thunder hammer, you will be rewarded with the “Weapon Master” achievement.

So, that was how to get the hammer in Death’s Door. It is certainly a great weapon to have in your arsenal and can prove to be more than handy. It has everything that great weaponries should have including a long-range, powerful attack, and fine damaging ability. You will win a lot of fights using it, that’s for sure.