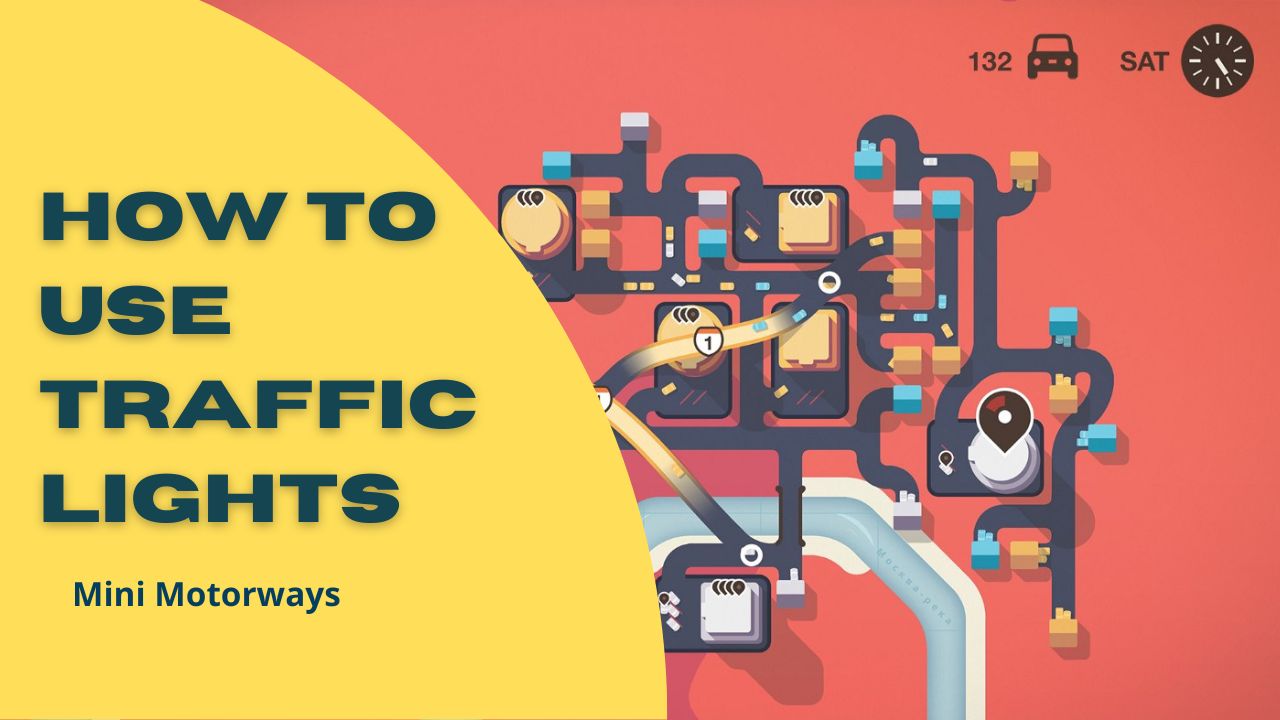 How to use Traffic Lights in Mini Motorways

There is no denying the importance of traffic lights in our daily life. They save a lot of accidents as well as control traffic. However, there’s a difference between real life and games. The traffic engineers sure know how to use these signals now it’s time for us to learn how to use traffic lights in Mini Motorways?

Mini Motorways, without a doubt, has to be one of the most fun-to-play and engaging games available right now. It follows a city-building concept of Sim City and Metropolis but rather focuses only on making roads apart from the actual buildings, houses and monuments.

You will be a sort of traffic engineer in the game and have to control the traffic throughout. The vehicles will reach warehouses and back to their base location. Each successful delivery gives a point. Gather as much as you can.

However, do try to connect a particular colored car to the same colored road. This will make the traffic more smooth. It’ll be easy at the start, but things can get messy very quickly if proper planning is not done.

What is the Purpose of Traffic Lights in Mini Motorways?

It’s pretty obvious that everyone knows what traffic lights are used for. To control and alternate traffic. Similarly, in Mini Motorways, they are used for the same purpose.

Traffic Lights alternate the traffic flow. This results in a faster movement of one side of the traffic since they don’t have to slow down or turn their engines off. This could be beneficial on some occasions. Especially when particular vehicles need to reach their destinations quicker.

How to use Traffic Lights in Mini Motorways?

Before the August 24th update came out last year, it was probably a consensus that traffic lights are a waste in the game. The reason was their slow signal changing which resulted in congestion rather than the free flow of traffic more often than not.

That being said, the patch update last year made the traffic lights change their colors faster, and it just reformed the dynamics of the game altogether.

Here’s what the devs said about it.

Now the question arises, where to use the traffic lights in Mini Motorways? To be honest, it is more up to you to decide what to do with them. It depends upon the city you are playing in and what your road structure is. We can only share a general pov on this matter.

Before the update, traffic lights were mostly used on roads where there was light traffic. However, after their buff, players started to use them on main roads as well, especially where there is a three or four-way junction.

Even on four-way junctions, they aren’t worth it as much if the majority of vehicles have to go in the same direction.

They can also be placed near houses and on streets where heavy traffic is not being passed. Don’t worry while placing them at heavy traffic locations as well now since their changing time has been reduced.

However, if you don’t find the need to use traffic lights, then don’t force it. It might result in congestion rather than being its opposite. Nevertheless, experience teaches the most. Get some hands-on practice and you will get the feel of where to use traffic signals.

To sum up, traffic lights in Mini Motorways are a great tool to conveniently manage the city’s traffic. They have been buffed and are much more useful now. That being said, make sure to use them in places where the necessity arises. You don’t have to fill up the city with traffic lights only.

Practice the game and do some experiments. This will help the most in learning the use of every road item in the game.

How to Build Motorways in Mini Motorways