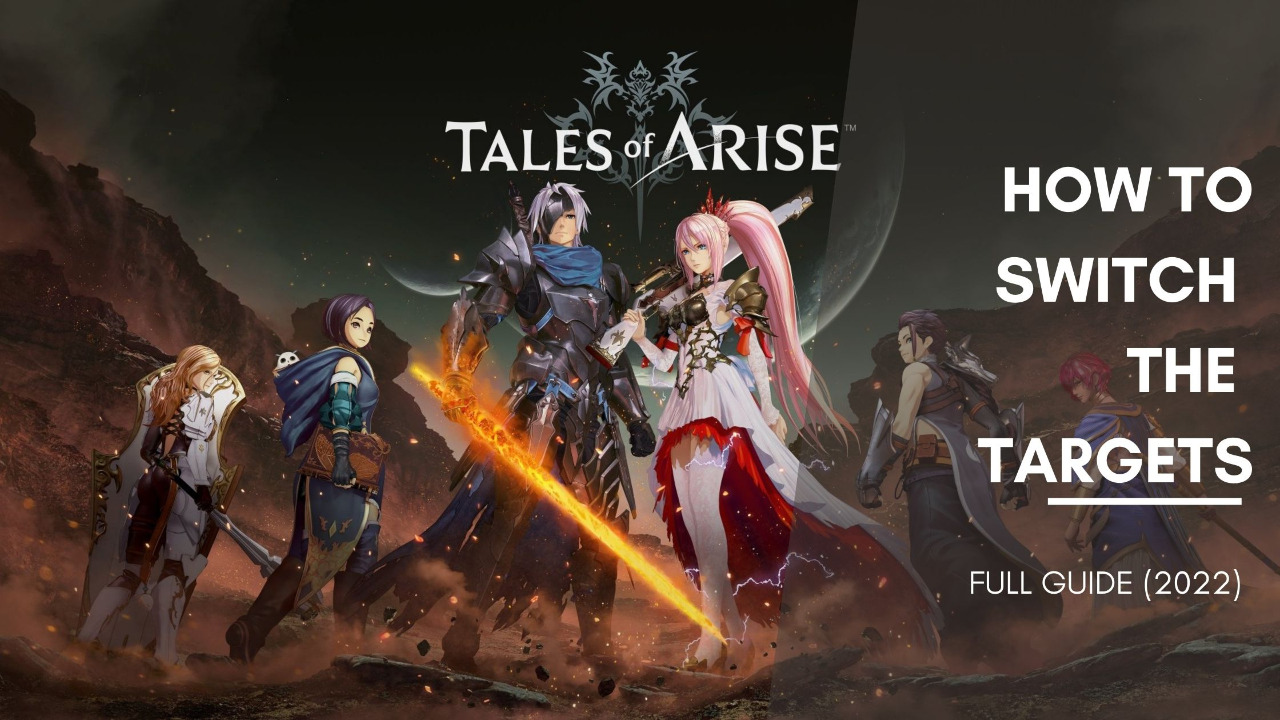 When it comes down to it, the overall enjoyability of a game relies heavily on its gameplay mechanics and easy-to-execute controls. And Tales of Arise is no different in that respect. In fact, most people who’ve played the game have praised the game’s easy combos.

These overall simplistic gameplay mechanics have brought gamers back to the game time and time again which is probably why the game is so popular these days. However, that doesn’t mean the game is perfect as it has plenty of flaws that are so far hidden from most players who play the game. Yes, indeed we’re talking about the game’s wonky controls when it comes to switching targets.

In recent times, we’ve noticed plenty of gamers on forums and notice boards complaining about the game not explicitly stating the controls for how to switch targets when fighting multiple enemies. Seeing the discontentment across the fandom increasing, we thought this would be the perfect time to explain just how exactly you can switch targets in Tales of Arise and lock on to a single target to direct all your attacks towards him.

How to Switch Targets

To their credit, Tales of Arise does explain how to switch targets very briefly at the beginning of the game but because players are just starting out in the game, those tutorial messages can be easy to miss.

But not knowing how to switch targets even after the first half of the game can become quite frustrating as most of the time you’ll be fighting multiple enemies at once with the enemies becoming progressively tougher to beat as you go further in the story.

Thus, not knowing how to change targets can result in the players repeatedly failing these fights and getting frustrated in the process. On the other hand, if you do indeed figure out how to switch and lock onto targets during a fight, it can allow you to turn the tide of battle in an instant and win.

Clicking the button once will enable you to change your target to the nearest enemy you face. Whereas holding the L1 or LB button can enable you to select the enemy of your choice using the right analogue stick. Just use the stick to point to the enemy you want to fight and you’ll automatically start targeting them.

Benefits of Being Able to Switch Targets

We’ve mentioned before how most fights in Tales of Arise feature multiple enemies that you have to deal with all at once. The best way to defeat these groups of enemies is to target the weakest link first and eliminate them to even up the odds further.

Being able to switch to targets really helps in this respect as you’ll be able to efficiently target and destroy the weakest enemy first by locking on to them and directing all your attacks toward them. These attacks will include your strongest combos and artes.

You can also use the ability to switch targets to face the enemy that’s closest to you as most of the time, the enemy’s attack strategy involves a single enemy sneaking up and attacking you from behind. Spotting and switching your target to them before they can do any serious damage can result in you protecting yourself and defeating the enemy all in one fell swoop.

And that folks are all there is to it when it comes to switching and locking onto targets in Tales of Arise. The skill itself may seem like a minor one as changing targets is not a particularly complicated thing to do in most games.

However, sometimes it’s the little things that matter the most and you’d have to say that’s true in this case as well. That’s because changing targets in games can be invaluable at the right moment in a fight and is an ability that can win you a battle against difficult, battle-savvy opponents if used wisely.

How to Use Astral Flowers in Tales of Arise