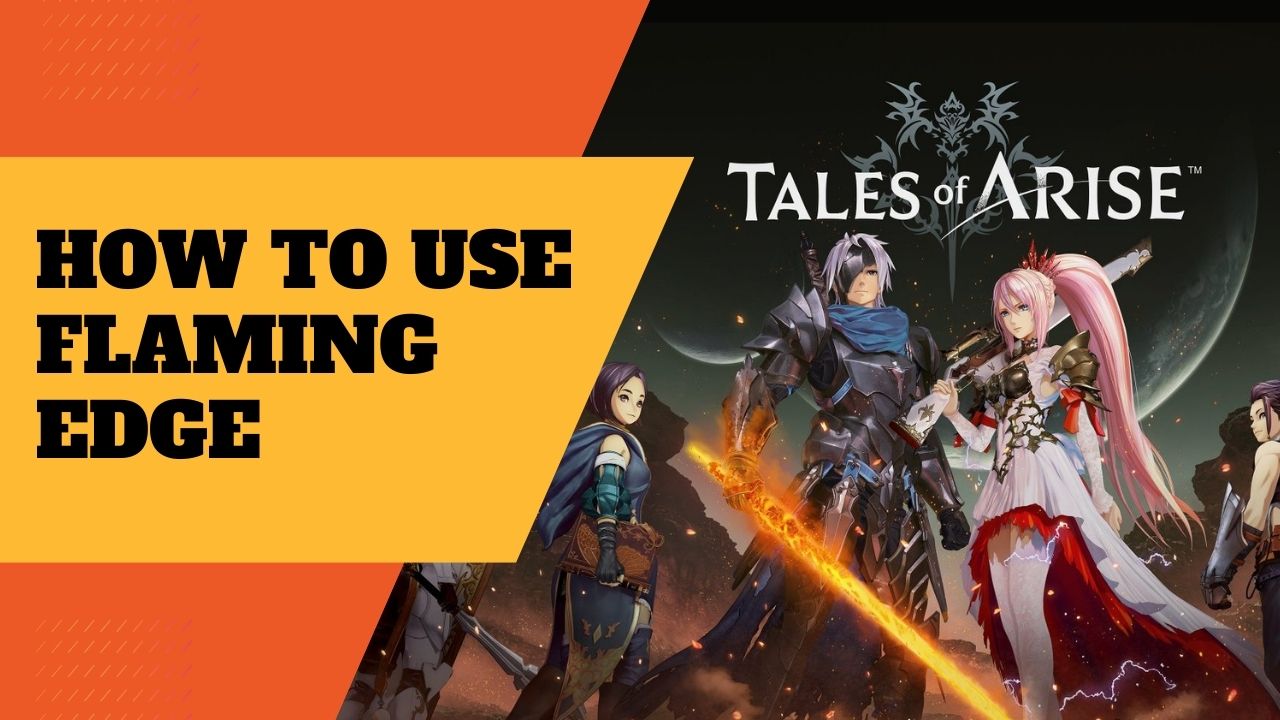 As you start your exciting but challenging journey in Tales of Arise, you’ll notice you have the option of choosing your main man, or woman, from a range of playable characters.

This is one of the features that set Tales of Arise apart from other modern games in its genre. And that’s not all either as each character has his/her own unique perks that can be activated at a certain point in the main story.

According to most of the players who’ve played the game, the most sought out perk in the entire game is Alphen’s Flaming Edge which has the ability to wipe out multiple enemies in its vicinity with a wide-reaching blazing sword attack.

The question still remains though, when does the flaming edge perk unlock? And how do you use it? Fortunately for you, these are all questions that we’ll be answering in the article below. So, without any further ado, let’s get straight into it.

When Does the Flaming Edge Perk Unlock?

If you’ve just started playing Tales of Arise as Alphen and have just managed to complete the game’s tough but helpful tutorial section then you should already have access to one flaming edge attack.

The attack in question only works as a supplementary attack to the swallow combo which looks great but might not be as effective as some of the other attacks that you unlock later on. The only way to unlock the more advanced flaming edge attacks is to keep progressing in the main story as that is the only way to upgrade your skills as a fighter.

Also, keep in mind that any flaming edge attack can only be used as a follow-up to a basic combo. Meaning you won’t be able to use it as a standalone attack, rather you’ll have to use it as a supplement to one of your artes.

If at any point in the game you feel the urge to check which flaming edge attacks you’ve unlocked thus far, then you can head over to the artes menu in the options, then to flaming edge extensions and look at them.

How to Use the Flaming Edge

If you do decide to head over to the artes menu in the options, you’ll also be able to see the exact button combination you need to press to use the flaming edge perk in a battle.

But seeing as you’re already here and reading this article, we’ll make it easier for you and tell you the process ourselves. After you’ve successfully performed an arte just hold down the [triangle], [square] or [cross] button on Playstation.

On the other hand, using the perk doesn’t cost any AG to use.

The perfect way to describe a flaming edge attack is as a double-edged sword that has its benefits and drawbacks.

If used properly and in moderation, the attack can be your ultimate weapon against your strongest enemies and can be used to severely fire and damage your opponents in those clutch moments. Alternatively, using it too much can result in a severe drain on your HP which will ultimately make it easier for your opponents to kill you.

Nonetheless, the perk itself is nothing short of awesome and is widely considered the most useful perk in the entire game, for good reason as well. Using it is incredibly simple as well, as we’ve explained in the article above, which is more than we can say for all of the other perks.

How to Use Astral Flowers in Tales of Arise